Who Is That Man?

Who Is That Man? 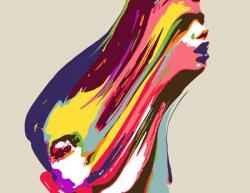 What a magnificent experience this morning turned out to be!  I am talking about a run, of course, not what you might be thinking… A quick rain that began and ended twice, as I went from complete darkness out on the street into the beautiful Sunday morning light.  The spring is officially in the air, winter equipment no longer needed, we are starting a brand new chapter!

Of course, despite all the new things and freshness in the air, birds chirping, sun shining and all those niceties – some things remarkably remain the same.  You have to realize, I am out there for over an hour and it is only inevitable that I come across some of the weirdest people and things, even judging by my own already reduced standards of “weirdness”.  For instance, during one of the stretches I come across a man sitting on the hood of his car (I believe it was his), laughing uncontrollably and looking at me, as I pass him by trying not to look in his direction… Hey, maybe he is just happy and who am I to say how a man should behave to express his moment of sheer joy?!

Or, as I make my way in front of a 7-Eleven store, I see a woman dressed in all white, her head also covered by some sort of a white scarf, just standing there… holding what appears to be a huge knife!  Seriously!  She is not looking in my direction and I am definitely NOT looking at her (not openly anyway), hoping to be far away from this scene when the real purpose of the knife is revealed.  But as I frequently do, I try to justify to myself what she may be doing standing outside with a knife at 5 in the morning… Perhaps she just bought it at that 7-Eleven and is simply checking out her purchase… or perhaps she is getting ready to ritually slaughter a chicken… or perhaps it was not a knife at all, but a big sandwich wrapped in a shiny foil… who knows?  And more importantly, what difference does it really make?

As much as I try to explain these and other episodes to myself, some other facts simply leave me clueless… It is quite often that later the same day, hours after my run, I go for a drive retracing the steps of my earlier morning adventures.  It is fun to see the same places during the daylight, with normal people walking around, cars occupying the intersections, just bustling action.  And as I stop and take a step outside, I realize the most incredible of all things – right now, at this very moment I couldn’t run a mile to save my life!  It is as if an entirely different person occupies my body first thing in the morning, someone explosive and motivated, someone hungry for action and overflowing with energy.  Not so later in the day – this afternoon version of me is lazy and sluggish, heavy on movement and lacking any motivation or endurance… This clear case of Dr. Jekyll and Mr. Hyde has me concerned, to say the least.  Who is that man that runs out of my house at 5 each morning, why is he so different, so filled with energy and athletic prowess?  And more importantly, what happens to him later in the day, as he vanishes without a trace, just a figment of some vivid imagination…

My entire body aches and my legs feel as if someone pounded on them with a baseball bat – the only thing that lingers from Mr. Hyde’s early morning adventures.  And so I know that he is real and that whatever abuse he puts my body through, may not all be in vain.  And with that in mind, I let that other person in me carry on and I let him