What Comes First… A Cloud

What Comes First… A Cloud 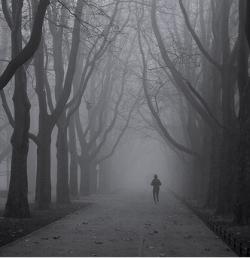 Given the fact that I am not extremely intelligent, often times I allow myself to get dragged into some rather complicated discussions and debates, on all sorts of topics, ranging from fitness, cardio and general health issues to politics and the price of tea in China, all of which I know nothing about.  One recent debate, however, was in fact both interesting and appealing, and did attract my undivided attention.

A simple question – what should be done first, your general workout, including the weights, or your cardio?  Or should you, in fact, combine the two, mixing and matching to your heart’s content?  Well, before we get to the final answer to this powerful question, let me share a quick episode which I experienced this morning.  And it’s not even related to the issue at hand!  Or maybe it is…

To be entirely honest – as I always am with my readers – I started writing this post last night, however, due to an unbelievable number of distractions, was unable to finish it.  Somehow, I wasn’t planning to run this morning, I never really know why that is, I don’t have a concrete schedule, but it just so happened that my younger son wanted to communicate all night long and kept me up almost the entire time.  When he finally changed his mind and dozed off, I looked at the clock and decided that 4:35 was close enough to 5 AM, and simply went outside.

As those of you on the East Coast know, it was raining and storming pretty heavily through the night, which as you all know, is my favorite time to be outside!  However, it was pretty quiet and rather warm as I stepped outside, only to be greeted by a new natural occurrence.  I couldn’t quite figure it out, but as I took my first  few steps, I realized that I was making my way through

some sort of a watery substance all around me… I suspected mild rain to be the cause, however, no, it did not feel like rain, it felt more like being in a vaporizer (not that I spend much time in those…)

Hey, what can I say, it was my first time ever running through a cloud, or perhaps just a heavy fog, but it was definitely “cool”, for lack of a better term.  I discovered that it was actually difficult to breathe in one of those, as the water is simply everywhere, and you are virtually breathing it!  Plus, you can’t see much in either direction, which I normally can’t anyway (I am practically blind), and I must say, all in all, this turned out to be quite an experience, something to go through at least once in your lifetime.  Amazing enough to disrupt my thoughts on the other topic I raised earlier and share this with you.

Oh, yeah, and in case you are curious, the traditional answer is – you work out first, then you do your cardio after that.  On a personal note, I stopped working out completely, for all intents and purposes, as I like the way I feel now, just running and not doing much else, and I am truly afraid to disrupt that balance.  So, for me that question does not exist, and I can only share the mainstream viewpoint here.  I do believe, however, that cardio and weights are mutually exclusive and should never be done in combination or even during the same 24 hours, as they basically negate one another.  But of course, no one will agree with me on that, so we will leave this discussion for yet another day.  Until then,