Was It All A Lie?

Was It All A Lie? 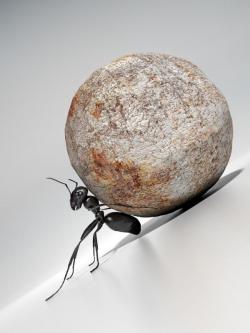 Well, slap me around and call me Susan!  For a guy that consistently talks about consistency, I deserve the medal of Eternal Shame.  In fact, I hear they are planning to put my picture up in the dictionary under ‘Hypocrisy’.  But enough of this motivational talk – lately I’ve actually put together a nice string of running performances, and that, my friends, in a truly miraculous fashion, has got me thinking about a concept so grand and so fascinating that it would literally take volumes upon volumes to ponder.  But  I will do all the pondering right here, in the very next few paragraphs of this blog!

Look, it’s not your fault – this concept has been drilled into your brain ever since the day you were born.  We have always been taught to “jump as far or high as you can” and “score as many points as possible and more!”  Push yourself to the limit!  “How quickly do you run a mile?”, they ask me every so often and I always wonder, “what difference does it make?!”

What if everything you were taught or made believe was wrong?

Is it ultimately more important to push yourself and set an impossible record once, or rather consistently perform well and continue performing well each time, day after day?  Do you know a single record that has not been broken?  Any record that a person can set will surely be broken by the next person, someone who managed to push themselves further that day!  And so these athletes get together once every couple of years, pump themselves full of steroids and set “Olympic World Records”, those which they could never repeat again, since they could not possibly continue to perform at such  incredible peak levels, or they would die.

And so we grow up hoping to “reach the unreachable star”, but what we don’t know is that the world doesn’t truly care about the heroes of the moment.  The shining stars have the shortest life spans, as they burn up fast and go away into oblivion.  But the consistent effort has no spark to it, it is by definition constant, steadfast, stable and invariable.  It is boring.  And so you will never read about a guy who runs 8 miles each morning before dawn, day in and day out, but you will hear about a guy who ran a mile in 3 minutes and 43 seconds, basically a fraction of a second faster than the previous guy.

And once we realize that the world doesn’t really care about our attempts at greatness, we get discouraged, we sense the impossible and – in many cases – stop trying.  And that is so, so wrong!  Even though I really dislike Tony Robbins, one of his quotes is actually right to the point: “It’s not what we do once in a while that shapes our lives.  It’s what we do consistently.”

What if everything you were taught or made believe was a lie?

There are no world records to set, no medals to receive.  There is only one barrier to overcome, only one record to achieve – to triumph over yourself.