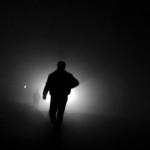 Contrary to what you may believe and despite what you may have heard in the media, I don’t run every day, because quite simply – I am a slacker.  Well, it is a bit more complex than that, there are other external factors that determine my running schedule – my kids, my wife, my huge pet-rat (some say it’s a guinea-pig), not to mention our late-night TV sessions… Still, only I am to blame for any interruptions in what otherwise should have been the most perfect, most exemplary athletic agenda ever created.

But most of all, I must say that it is THE ROUTINE that makes everything less exciting.  It is the same thing every time around, you go through the same steps, basically the same route, and with a few minor exceptions (dog attacks, conversations with freaks, rain, blizzard, cars attempting to run me over, etc.), there is hardly any excitement that truly motivates me to jump out there and spend about an hour on the road.

Well, in truth, it does get kind of exciting and motivational at times, with a dose of adrenaline shooting through my veins!  Just this past Sunday, as I was making my way through our deserted main road, I noticed a man standing in the shadow of one of the smaller side streets.  I see all kinds of stuff during my outings, so I didn’t make anything of it, however, as I passed by him, the man stepped out from the shadow and slowly started after me.   He was dressed in all dark, making it somewhat difficult to really see him that early in the day…

Something was particularly creepy about this character, but I couldn’t quite put my finger on it.  And so I decided not to actually put any finger on it, and simply run away from the question.  I am not the fastest of all 5 AM runners in the world, but by the same token, I am certainly not the slowest one either, yet for some peculiar reason despite the fact that I was running and he was walking, the man continued to remain right behind me!  I picked up the pace, feeling a bit embarrassed that a freaky walker was keeping up with me…. but the man was right on my tail, walking quite casually and yet closing the distance!  What the hell!?  I made a decision to cross the street, if only to get away from this miracle-worker, but as I looked to my left (just as my mom taught me when crossing the road), I saw that the man was only 2 feet away, extending his hand toward me… Well, what can I say – I totally exploded and took off like a madman, running at full capacity and not even looking back.

I know, I know, you probably guessed it by now – a dream??  Well, not quite.  Close, but no cigar, my friend!  Not a dream, but more like a self-imposed hallucination!  You see, I get so complacent, bored and overtaken by the routine that I literally have to imagine being chased by some character in order to truly motivate myself and keep things interesting.  This is just one scenario I have executed – there are others.  Am I one step away from schizophrenia by now?  Most likely, but hey, a man has to do what he has to do, because quitting is not an option.  And so, if you see a man running in the middle of a night, being chased by his own shadow, please stop over and say hi!  Until then, I will simply