Touched By The Cloud

Touched By The Cloud 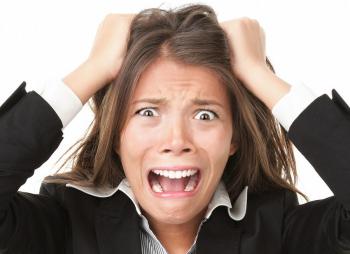 I believe it was Einstein that said that the definition of insanity was doing the same thing over and over again and expecting different results.  Well, I have always agreed with the old man, until recently, when I discovered a new and improved standard for insanity – waking up at 5 in the morning and already being late for everything in the world.  Yes, even at 5 AM!

A few days ago, I jumped up earlier than the sun, pumped up and motivated, ready to get an early start on the day.  And then a fatal mistake of checking my emails before I could head out – oh boy!  The entire world was upset! – how daring of me to sleep for a few hours instead of working through the night and making everyone happy!  Apparently, nothing could wait and everything had to be done instantly, just when THEY wanted and demanded it.

I sat down on the stairwell and grabbed my head, frustrated and feeling insane, much like Einstein before me.  When will be my time, when can I do something that I actually want to do!?  Not even at 5 AM?  And just when it appeared that I was about to do “the usual”, that is – forgetting about my run, forgetting about breakfast, forgetting about myself at all, opening up my laptop and getting to work bright and early – I paused and stopped the world in its tracks.  “No, not today”, I declared outloud,  “I am going out and everything and everyone else will have to wait!”  I decided to take a stand and at least temporarily remove myself from the giant CLOUD OF STRESS!  Before you start wondering and further researching what that may be, let me explain.

You see, I have this theory.  There is a huge CLOUD OF STRESS that hovers over most of us, and at times, if we are not careful, we step too close and get into the gravitational pull of the CLOUD and it begins to suck us in, spilling its contents (STRESS) into our minds, getting us frustrated, worried, feeling late and behind, strapped and out of time.  I am sure you know the feeling.  And you know where the CLOUD gets its endless supply of STRESS and TENSION?  From the people that have already been fully sucked into the CLOUD and now live in the world of complete and utter nervousness, jitters, neuroticism and just pure anger.  I know you know who some of those people are.  And since the amounts of their STRESS, TENSION and IMPATIENCE are constantly growing and springing up like mushrooms after the rain, they have no choice but to constantly spill some into the CLOUD.  And so it grows and grows, gets larger and tries to suck others in as well.

And there is only one solution for fighting off the CLOUD when it tries to spread its tentacles towards you.  Laughter!  Uncontrollable, wild laughter!  Simply pause for a moment and have a good laugh, and continue doing what you wanted to do before the CLOUD made its attempt at you (you may have seen people do that, especially on the streets of New York).  No, those people are not insane;  remember, LAUGHTER is actually more contagious than STRESS, so laugh away!