Too Late To The Party?

Too Late To The Party? 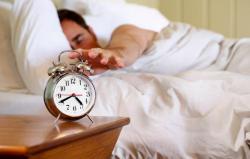 I was late again for my “normal” 5 AM Run this morning, mostly due to the fact that I have to send off my son to middle school amazingly early, and unless I get up way before 5 o’clock, there is no way I can make it.  Of course, this is just an excuse, and we are all quick to jump to any escape from doing something difficult, so I won’t dwell on the issue.  I only mention it because, feeling guilty inside, I decided to do the unthinkable.

Yes, that’s right, I went out at 7 AM…. Having skipped three days in a row, I decided that “better late than never” policy was appropriate here;  so I suited up and headed out into the unknown.  However, before I tell you more about this fascinating, yet entirely miserable experience, let me just mention one other thing.

Late last night, I came across an awesome excerpt from Self.com, as published by Lucy Danziger, titled “7 Secrets of Slim People”  http://health.yahoo.net/experts/healthieryou/7-secrets-slim-people.  While talking about other aspects of remaining thin, one point particularly caught my attention (number 2 on their list), as it practically copies the very premise of 5 AM Runner – early morning cardio!  I will have to give Lucy a call later to find out how she discovered this wonderful fact; however, more importantly, we both agree that working out or doing cardio BEFORE eating first thing in the morning is key to any successful weight loss campaign.

Armed by this new affirmation of my life-theory, I counted on the fact that I had not yet eaten and, therefore, could still have an effective run even at 7 AM!  Well, not so fast… Something just did not click, the air felt foreign and heavy, it was too bright outside, too many cars…. just not right!  I felt like I was running with a bag of bricks on my back, legs heavy, sort of like running through water in a pool.  I felt more tired after running just one mile than I normally do after the entire run!  How is that possible?!

Could it be that my body is so pre-conditioned to the darkness of 5 AM, that anything later than that simply does not work?!  Come on, 7 AM is not that far off…. I guess I have gotten so accustomed to waking up on the road that anything less enthusiastic than that just puts my body in an entirely different mode.  Because, in all honesty – and it may be difficult to accept – I am actually quite lazy, and as it turns out, need a special mix of inside / outside conditions to get me going.  I need obstacles to overcome, weather to contend with, mud to run through, darkness and dogs outside to keep myself motivated!  As my former teacher Royce Gracie once said: “Go ahead, tell me what I can’t do!”

Obviously, I can’t give up 5 AM Running – that’s an impossibility.  However, I’d like to explore this 7 AM challenge a bit more and give it another shot at some point.  A run is a run, and as I have said many times before, it is all psychological, and so if I need a different brand of motivation for this one – so be it.  Life is a collection of challenges, and so I suppose this is the newest one.