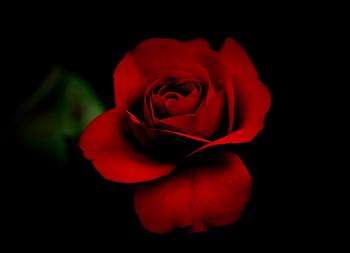 Here is your Valentine’s Day dinner scenario – Chinese food, dinner table set for one.  Yes, just me and my lonesome.  Abandoned by my wife, my children, even by my dog who typically likes me when Chinese food is around; but not tonight.  And that’s ok, I am not a huge Valentine’s Day fan by any stretch of the imagination.

What is a Day of Love, now that we are talking about it?  A time when people choose to show feelings of love and affection?  What is true love, anyway?  You will find hundreds of deep, funny or even corny quotes online, but in reality, the definition of love may differ to each and every one of us.  Gordon Gekko said that love is simply “….fiction created by people to keep them from jumping out of windows.”  With all due respect to my favorite character, I’ll have to disagree and would rather say that true love can be summed up in one powerful word: sacrifice.  Sacrifice that is so sweeping and all-encompassing, you’re fully engulfed and cease to exist as a person that you were, instead becoming one with whomever you truly love.

And nothing could be more appropriate than talking about sacrifice on this Valentine’s Day, the day when Mr. Valentine chose to sacrifice himself in the name of love.  Do you even know who this Valentine character was, and why today we no longer refer to him as Mr. Valentine, but rather as St. Valentine?  Well, apparently, this guy was an all-out romantic and during the times when the Emperor (whatever his name was) simply forbid marriage, our man Valentine was readily available to break the law and marry all those that wanted to be married, day and night.  Incidentally, the only reason the Emperor had forbidden marriage in the first place was because, in his view, married men weren’t quite the mighty warriors that the bachelors were.  Perhaps he had a point there, but come on – you can’t stop love, especially the true kind!

And so, our Mr. Valentine chose to defy the Emperor and continued to perform marriages for true lovers in secret, and he’d had a good run – but like many good things, this one, too, had to come to an end.  He was ratted out, promptly arrested, imprisoned and sentenced to be beheaded.  As the legend goes, the chopping took place on February 14th, roughly 2000 years ago, give or take a few hundred.  And, according to the same legend, as Mr. Valentine was being taken to his place of execution, he managed to leave a love note for the prison warden’s daughter, with whom he had somehow managed to become “acquainted”, which is remarkable considering the short period of time that he was there.  And that’s ok, he wasn’t yet a Saint, but rather perhaps the biggest romantic of them all, willing to sacrifice his very life in the name of true love.

Happy Valentine’s Day to all!