The Run of Fame

The Run of Fame 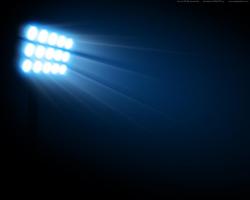 It was bound to happen eventually, strictly speaking – it was only a matter of time.  They had no choice, they simply had to recognize it one way or the other, either directly or indirectly, but of course, never, not even for a moment did I ever dream it would happen this way.

But let’s go back to the beginning for a second.  When I woke up at 4:45 this morning, I hardly suspected that this day would be different from any other in my simple life.  Just as always, I crawled outside before my consciousness could kick in and stop me, and proceeded on my usual running routine.  All looked normal outside, or should I say, abnormal – dark, quiet and solemnly promising.  Not a sound from anywhere, simply perfect!  I fired up my iPhone (iHeartRadio – the greatest invention of this century!) and settled in for a long one.  As I made my way out of our development onto the main road, however, I knew that this day would be like no other.

I literally thought that I was somehow transported through time / space and ran into the Yankee Stadium and I was now at the World Series, Game 7!  Wow, bright lights coming down from all possible directions, people running back and forth, machines roaring and jumping up and down, incredible action – especially considering it wasn’t even 5 AM yet!  My first instinct, of course, was to retreat and survive at all costs, however, before I could turn back, I noticed that the people yelling at each other were actually constructions workers, laying down a new road surface blacktop, and rightfully so doing it in the middle of the night, when traffic is at its bare minimum.  Relieved, I respectfully saluted the workmen, and proceeded to make my usual left turn, actually somewhat amused by this unexpected turn of events.

Having made the turn, I was suddenly blinded by the largest stadium skylight I have ever seen, particularly this up-close.  There were even more workers on this side of the road, and it just so happened that I ran right into the midst of the action, with all the machines twirling around me, and of course, the workers were equally amazed to see some guy in a t-shirt and headphones appear out of nowhere, making his way through their restricted construction area as if it were a public beach.  A lot of mouths remained opened as this scene unfolded…  Even though I did not exactly show it, but I was fairly shaken up myself, and did not even notice that I ran right through about 20 feet of freshly laid out asphalt covering, leaving a trail of fresh footprints behind as the evidence of my intrusion…

I expected some yelling and possibly even an attack from the midnight servants of the road, but I guess they were too shocked by my apparent arrogance to say anything… As for me, I was too afraid to even look back, and simply continued on, a little faster than I normally would, pushed forward by fear and excitement of the day so far!  Wisely enough, I chose another route on my way back home, darting in and out of the smaller side streets…. It was only later in the day that I mustered up the courage to revisit the scene of my earlier adventure…  Surely enough, there they were, my footprints forever immortalized in what will soon be known as the Bucks County Walk of Fame, where numerous local celebrities will be fighting for an opportunity to leave their foot- and hand-prints in the wet cement or not-yet-hardened concrete.

It is certainly an honor to be inducted into this prestigious local Hall of Fame, especially to be the first one in…  They certainly could have simply asked me directly to do it, but of course, the spontaneous way they chose was equally pleasant.  Shows you, 5 AM Running works!  So no matter what, keep your dreams alive, and