The Psychology of It All…

The Psychology of It All… 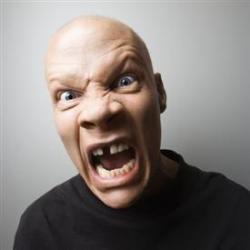 Before I get to the topic at hand – which, as you probably deduced from the title, deals with the mental aspect of cardio and running in particular – let me start with a quick preamble.  I have to start off that way for two reasons:

1. It will lead into the topic of the current discussion;  and

2. Because I touched upon this in the past, and never actually completed the post, leaving everyone suspended in thought and desperately waiting for more!

As you know, I have been trying in vain to catch up with and meet the other early-morning runner that has been stalking my streets at around the same time (something approaching 5 AM), however, have simply been unable to do so, eternally missing him / her, sometimes by a mile and sometimes by just a few steps, but always failing to catch up and see who the person was.  Was it a man or a woman?  And where did he / she / it  constantly manage to disappear into, as if not even real, as if only a figment of my imagination, possessing some super-natural powers, able to dissolve into the darkness of the night at will….

And so, the other day I briefly mentioned that I finally did run into the Mystery Runner, as this person has come to be known.   But I never provided any specifics or other spicy details as to the nature of the encounter, and so here it goes!   About half-way into my run one fine morning, I was making my way on Route 413, which for those not yet familiar with our area, is a semi-busy type of a road, however, at 5 AM you will hardly see a car on it, maybe one or two, here and there.  With that in mind, I typically run directly on the roadway, simply switching from side to side if a car appears behind or in front of me.

Just as I ran across the road this time, a figure popped up right in front of me, and I knew at that moment that there would be no escaping for her this time around!  Yes, I knew it was a woman right away, since I finally got close

enough to her!  Now, being about 10 feet behind, there was not a shred of doubt in my mind – The 5 AM Mystery Runner, was in fact, female!

Following my natural manly instincts, and forgetting everything else I possibly had on my mind at the time, I concentrated on one thing, and one thing only – follow that woman!  Since chasing women comes naturally to most of us of the stronger gender, this time around I had no trouble keeping up with my newly made Mystery Acquaintance, and within minutes I was running right alongside her, getting ready to take a closer look at what exactly I was dealing with.

Seeing that she was being pursued, the Mystery (no longer) Runner picked up speed, and I had to pick up my step as well to keep up!  All I really wanted to do was share a smile with my newly found friend, after all, we have been through so much together!…. or at least, I have been… Anyway, the woman could run (!), and keeping up with her cost me so much effort, by the time I managed to turn my head and smile at her, it came out more like a grimace of pain and an ugly display of my teeth… The poor woman looked at me as if I had two heads, and turned into a side street.  I figured if I’d followed her at that point, she’s probably call the police on her cell phone, and rightfully so.  I mean, it’s not every day that a large-sized psycho runs up behind you at 5 AM and shows you his teeth…

And at this tragic point, we shall again return to the beginning, where I initially spoke about the mental aspect of any cardio exercise.  Besides psyching yourself up for a run to begin with, you need to keep your mind clear and focused on reaching the finish line.  As we all know, it is SO very easy to quit along the way!  You have to remain cool and calm at all times, and pace yourself, and that is perhaps the single most difficult part of the running process.  I guess I conveniently forgot these simple truths, because after my quick and unsuccessful attempt to conquer the running woman, I found myself nearly out of breath, completely unfocused and mentally unwilling to continue on…. I still did, I still ran ahead as planned, however, it took me a bit of time to get myself back on track, similar to my GPS when it is “…ACQUIRING THE SATELLITE SIGNAL!”

One of my golden rules, as so frequently stated in the 5AM Running Rules, we do not pause and we do not get distracted!  The truth is, many people actually are able to pause and continue on, and even talk and joke during the run.  However, just as many of us poor souls, especially those of us that have started doing this later in life, can’t afford to get distracted, since we simply don’t have the physical prowess to get back on track right away.  I suppose you can’t entirely guard yourself from unwanted distractions and remain completely isolated during the cardio…. wishful thinking!  Just have to deal with it!

But to my early morning female running partner – from the bottom of my heart, I am sorry!  I just wanted to say “Hi!”