The Excitement of the Oscars

The Excitement of the Oscars 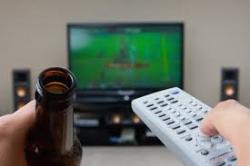 Part of the reason the Oscars is my favorite awards show is all the buzz that it creates.  Everyone is talking about the Oscars all year long. People are discussing which performances may be considered “Oscar worthy” long before the nominations are announced.

It seems like the Oscars are the award show for which the celebrities prepare the most.  Magazine articles and television shows report all the preparations that go into this evening for the stars.  I love to see the results of all the endless preparation that stars seem to put into their Oscar appearances.

There usually aren’t many performances during the actual show.  Artists may perform songs which are nominated for the best song in a motion picture, for instance.  The recipients of the Oscars are often overcome with emotion and I love to see their acceptance speeches as well.

On Oscar nights I fire up my DIRECTV and wait for the magic!