My Kind of Woman

My Kind of Woman 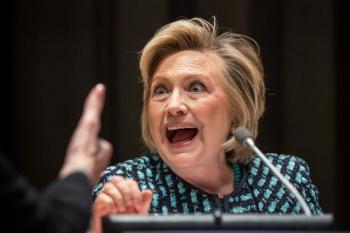 After several weeks of thorough analysis (and heavy drinking), I’ve come to a conclusion that women are the source of their own problems in life.  But let’s go back to the beginning.

Now that for the first time in history a woman is in the race for the White House, pundits have started talking about the important issues, like her pantsuits and day-to-day hairstyles.  As incredible and ironic as it may sound, our country is clearly behind the times when it comes to the true equality between the genders – come on, let’s be real.  Despite the fact that such nations as the United Kingdom, India, Germany, Argentina, and so many others have not faltered and easily installed women to their top offices, here in the United States we allow women to occasionally get a seat at the table, but not at the head of the table.

Let me introduce a term that most people, especially a Russian bum of my caliber, do not and should not know.  Suffrage.  Specifically, women’s suffrage, which is nothing more than the right to vote and be elected to the office.  Did you know that less than 100 years ago women could not vote, but really wanted to!  And so the suffragists (women who wanted the suffrage) would march on New York’s Fifth Avenue, demanding this right and beating up any man they could get their hands on… OK, just kidding about that last part.

Today, the only time we want to vote for a woman is during an online contest.  I turn to the home page of Yahoo and the first thing I see is “The Most Attractive Women in Politics Around the World” (link provided, because some of them are really hot!).  Luckily, we don’t have that issue in the U.S., as both current female candidates (Hillary and even Carly) are in no danger of being on any Attractive List… but getting back to the point at hand, I strongly believe that if a person demonstrates his / her political abilities, no one would care if that person is male, female, or whatever else we’ve been able to concoct in between.

Great former presidents, such as Reagan and JFK, would have been equally influential and successful had they been born female, and to demonstrate this point I only need two words:  Margaret Thatcher.  Granted, a scary-looking babe, the former British Prime Minister Thatcher was perhaps the toughest political player of that generation, easily handling herself with the likes of Reagan and Gorbachev and even winning the Falklands War!  She was well-respected and no one was interested in her gender, in fact most tried hard to ignore it…  On that same note, while no one can possibly like or even look at Hillary, everyone will admit that when she stood on that stage next to 8 or so men (the other Democratic candidates), she was clearly the most Presidential, exhibited the most poise, and spoke with the most power and charisma.  Does anyone really care about the fact that she is a woman, as she claims to be?

To me personally, it makes no difference whether my President is a man or a woman, as long as he / she acts cool, for lack of a better term.  And if I ever feel like sneaking a look at a hot woman online, I will look no further than Orly Levy of the Israeli Knesset, who can pretty much say or do whatever she wants… She will always get my vote!