Metabolism – What Is It and Why Bother?

Metabolism – What Is It and Why Bother? 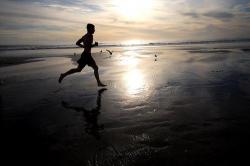 Anyone that knows me will tell you that I am no scientist.  But unfortunately, we have to delve into a bit of science to understand what metabolism is, and how it affects our weight loss / gain.  Why is everyone talking about it?

Basically, all the energy we get from eating is received through the process of metabolism, which, in a nut shell, consists of a number of chemical reactions in the cells that convert the food into energy.  Those chemical reactions number in thousands at a time, and actually occur constantly through the day and night to keep our bodies going.  As food is introduced into our system, these chemical reactions break it down process by process, until the food becomes caloric energy.  NOW, the important and relevant thing to understand here is that in some bodies this process occurs faster than in others, thereby causing your rate of metabolism to be either higher or lower.

Why is this even important?  Well, I have tried to lose weight for years, unsuccessfully so, I might add.  I have tried it all, diets, exercise routines, gym memberships, etc. etc., until I realized one thing – it is ALL about metabolism. If I can make my body process food faster, then I can probably burn fat faster, and in turn, perhaps lose weight.  Well, all that sounds good, but easier said than done, how do you actually do that?

Well, this is why I became a 5AM Runner, as opposed to 7AM or even later, like most normal people.  Think of a locomotive steam engine, the one into which they used to throw coal in order to get it going!  Fire blazing, they throw that coal in there, it burns up and produces heat, thus causing the cylinders to move.  I know, more science!  Well, guess what – when they just fired up that engine first thing in the morning, it took a while until the coal that was placed in the furnace would burn.  However, as the furnace heated up and reached its blazing, steaming point, any coal they would throw in it would burn in a matter of moments.

In a way, our bodies are not that different.  If you wake up and first thing in the morning proceed to fill up your stomach with food – well, your engine may take a while to get going.  However, if you instead first get your “engine” going – do some cardio, move around, run, walk, whatever – anything you throw into that furnace of a stomach of yours will burn up in a flash, quickly and furiously.  You keep this routine up long enough, and your metabolism rate will fly up like you’ve never seen it before.  And then you may just see something you have been looking for all these years – no, I don’t mean your feet, I mean – RESULTS!