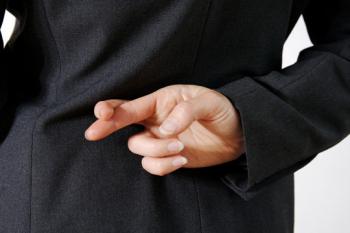 How do you get back to action after a 3-month break?  How do you regain the level of activity and build yourself back up after largely hibernating since the late part of 2015?  Getting back into a cardio routine after taking time off is so intimidating… how does one begin, how does one avoid the risk of injury and even a possible regression & relapse!?

These and other questions were on my mind as I stepped outside for the first time in 2016, looking to regain my shape, as well as my status as the original 5 AM Runner.  Not being able to come up with a concrete plan of scientific & progressive re-introduction to running, I simply said “to hell with it” and just went for it, right back on the road as if I had not missed a beat.

And let me tell you, I felt the impact of my sabbatical right away!  The muscles I forgot ever existed began to feel sore within the first 5 minutes.  And let me tell you something else – this is when I discovered the most effective & truly scientific method of not quitting and continuing with the run, despite the overwhelming soreness, lack of oxygen and overabundance of pain: I would just have to lie to myself.

Hey, let’s be honest (no pun intended) – we are all masters of self-deception, we lie to ourselves all the time.  We trick ourselves into believing things that are clearly false and we stubbornly refuse to believe countless things that are true.  And while I am no Robert Ripley by any means, I have been known to pull off a deception or two in my day…

And so the lying began – I would tell myself: “hey, just until that car parked 50 feet away and I am done, good enough for the first time back!” – but when I got there, I’d simply laugh at myself and say: “haha, got you, nice try pal!”; or  “just until that traffic light at the corner, and finished!” – but then when I got to the corner, I wouldn’t actually stop and would laugh at myself again!  And an idiot that I am, I still continued to believe myself each time, only to discover that I was tricked again and again, repeatedly deceived by none other than my own insane subconscious.

Well, as I always say – whatever works!