Is It Too Warm to Warm Up?!

Is It Too Warm to Warm Up?! 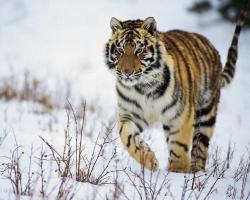 Oh man, how nice it feels to have the warm weather back!  No more bulky sweat-shirts, hats, gloves, and all other kinds of  equipment that adds anywhere up to 80 lbs to my already massive frame!  The spring is here (pretty much), YES!

I received another question that I want to address, as it is also a good topic to discuss.  Here is the question, slightly rephrased for brevity:  “Why is it that I never read anything about your warm-ups before the run, what do you do to warm-up before the run?!” The answer is easy – nothing, I don’t warm up, zero, zilch!  But before you condemn this humble runner, let me briefly explain why.

As you learn more about the theory behind the 5 AM Running, you will see that I am normally trying to achieve the “sudden effect”, basically attempting to wake up on the road.  Our goal is always to shock the body and to get to the run AS SOON AS POSSIBLE upon awakening.  The most ideal scenario for me, actually, would be to sleep fully dressed in my running outfit and sneakers and then just wake up and head out, not wasting any time whatsoever.  For some odd reason, my wife did not allow to me to do that, so I opted for the next best thing – jumping up from bed, getting dressed VERY FAST and heading right out.

This shocking effect, as I discovered, helps greatly with the metabolism, and I can’t really explain exactly why that is, but it just does.  That’s one reason.  And another one simply is that we, runners, just love doing this, and actually feel more like ourselves when we run.  Does that make any sense?  Of course, I am talking about “to-the-core” crazy runners, that live and breathe this lifestyle.  You see, to us running is not an effort, it is actually something we look forward to, and so, instead of a warm-up session, I just start running.  In fact, instead of a warm-up routine, I may just start slow, and as I “warm-up”, pick up the speed, which is what usually happens.  I am sure I will get a billion replies to these unconventional statements, criticizing my views, and that’s ok.

Oh yeah, very importantly, an update on my Mystery Runner friend, whom I discovered earlier running around at 5 AM as well!  This morning, as I came out onto the main road, I caught a glimpse of the mystery man / woman (still don’t know which), as he/she was running up about a mile ahead of me.  I instantly got a tremendous jolt of excitement, as I was about to catch up to this mysterious human-like figure!   I abandoned my usual cautious pace, and raced up the road, trying like crazy to catch up, by which time the figure was becoming nothing more than a shadow, disappearing into the darkness ahead… As I galloped forward, letting go of all common sense, the Mystery Runner made a left turn and disappeared from view.  I made the same turn about 30 seconds later…. only to find that he/she was gone again, perhaps disappearing into one of the houses along the road or worse yet, simply dissolving into the darkness of the night, no doubt only to keep me guessing and wondering just a while longer.

What could I do… I just slowed down, normalized my breathing and kept plugging along.  I will catch up to this Mystery Man / Woman some day soon, he/she can run (literally), but he/she can’t hide from me forever!