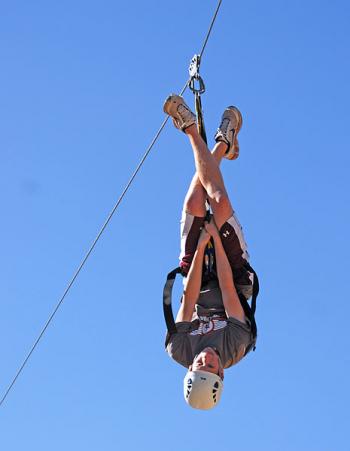 Listen to me and I will tell you the truth.  I will tell you the reason why people, men and women alike, are unhappy (at times), and the real underlying cause of all the problems in the world today.  I can see you smiling or rolling your eyes already, but don’t give up just yet, really.  I have stumbled upon the answer, or could be I am simply the first to put it in words – makes no difference.

It all comes down to these two powerful words:  freedom of choice!  Some may say those are actually three words, but I’ve always hated statistics, so who cares.  Bottom line: the only time people are truly unhappy is when they are forced to do something they really don’t want to do.  Wearing clothes they don’t like, waking up earlier than they normally would, meeting and dealing with people with whom they don’t necessarily connect.  Being forced or socially-blamed into participating in activities they don’t really like, even including the recreational ones.  Slowly but surely, their balance of happy vs. unhappy tips over toward the overall negativity and they spill that unhappiness onto the next person, creating a pessimistic atmosphere of truly epidemic proportions.

Results are quite evident all around us: lack of smiling faces, angry gestures, verbal insults, strange looks, aggressive driving (or even road rage).  Nasty attitude, short and incomplete responses, rude phone manners, the list goes on and on.  People feel obligated to project their unhappiness onto others, as if that would tip the scales back into the “happy” territory, but we all know that it won’t… The human mind, sharpened by years and years of aggressive experiences will not surrender an inch.  As the popular Japanese song goes: “Be strong, trust only few, don’t back down, keep your guard up, and don’t ever, ever give up!”  The song might not actually be Japanese, but let’s not lose the focus of the argument.

Forget road rage – gets a lot simpler.  During our recent trip to Virginia I was forced to climb trees and swing through the forest in a Tarzan-like manner.  And since I am no Tarzan, but actually rather a solid heavyweight, climbing trees and flying through the woods on a rope is not exactly my natural element.  And while watching me cling to the zip-line for dear life made my wife and the rest of my family happy and excited (I’ve never seen my wife laugh so hard, perhaps not since our wedding night), I can honestly say I was NOT a happy camper that day.

During the same trip to Virginia, I was also fortunate enough to visit Thomas Jefferson’s home in Monticello, and what an incredible experience it was to get to know more about this remarkable, far-advanced for his time man!  He lived and breathed the concept of freedom … well, except for being the owner of about 1,000 slaves and sleeping with a vast majority of his female-slave population – other than those two minor inconsistencies, the man was truly fascinating.  His ability to express himself verbally and in writing remains largely unmatched even to this day, several hundred years later!  Even though his own lifestyle was dictated primarily by the constraints of those times, Jefferson knew that true happiness can only come from being free to pursue whatever one’s heart desired.

Some people like reading a book on a park bench, while others like hiking up a steep mountain.  I can’t imagine sitting by a lake with a fishing pole in my hands, but others may find it the most enjoyable thing in the world… For me to tell them they are crazy, or for them to blame me for not wanting to sit by the river is equally wrong.  Let people be, and they won’t have an unhappy day in their lives.