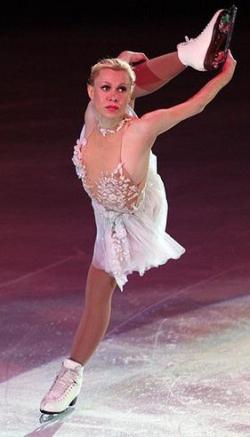 At precisely 5:30 last Sunday morning, the entire Philadelphia area was hit with one of most unique and powerful ice storms ever.  Ice was literally falling from the sky, instantly sticking to the ground and essentially forming one gigantic ice-skating rink!  The news outlets and local TV stations were quick to report the ongoing phenomenon, warning people to stay off the roads and remain indoors.

Incredibly, the news channels failed to report a very important detail about that morning – at exactly 5:30 AM it was yours truly, none other than your 5 AM Runner, who happened to be the only live witness to the fascinating start of the ice storm!  In fact, I was nearly half-way through my run when suddenly I felt some unusual particles hitting my head with annoying and unexpected urgency.  Since nothing really surprises me at 5 AM anymore, I didn’t pay much attention to the ice falling on my head and continued on.

However, as the newspapers later reported and as history will record, the intensity of this particular storm was truly unprecedented and literally within minutes the roads were covered with a thick and highly slippery sheet of ice.  I continued trying to pay no mind to the craziness around me, and yet slowly but surely, here and there, I began sensing that the ground beneath my feet was suddenly no longer that firm and solid… Luckily I had plenty of space to move around, as I normally run right on the main road – I like my space and freedom to move around.

I will tell you, it was beginning to look a little weird, even to a nutcase of my caliber… Dark and cold, not a single soul or even a car around for miles, chunks of ice coming down on my head… Of course, as you can imagine, this was only a prelude to the real entertainment that was about to strike, as things got REALLY crazy at that point!

… The car that was driving toward me was probably doing no more than 35 miles per hour, nothing extraordinary, however, all the cars that ever pass by me at 5 AM have one unique and common tendency – they always swerve sharply away from me, I suppose attempting to avoid hitting an indentified object running at them in the darkness of the night.  This particular car was no exception.  He tried to do the same, and upon seeing me running directly at him, his survival instincts kicked in and he swerved away just a bit… Or so he thought.  Of course, being that he was now driving on a sheet of pure ice, the car reacted differently than anyone would expect and went into a free spin…

With the car now sliding sideways towards me, I literally had no time to even consider my options.  They say that your entire life flashes before your eyes in the moments of danger, but in my case the only thing that flashed before me were the eyes of the terrified driver of the car… For a brief moment our eyes met and there was that instant connection that exists only when people know that their lives have somehow crossed in a unique way…

Well, the connection lasted only but a brief moment.  In a move that would make Oksana Baiul proud, I quickly pivoted and skillfully skated over to the right, sliding over perfectly and just barely getting out of the way!  I thought my move was particularly impressive, considering I have no formal figure skating experience and a balance of a polar bear.  The driver, however, was unimpressed and after cursing me out (like all the drivers usually do) and regaining control of his car, carefully proceeded on into the night.

It is difficult to get people to appreciate the little things in life, but I definitely never stop trying.  The ice storm is now nothing but a moment in history, lost in time like tears of laughter in the rain!  But it’s the fun memories and the little fleeting moments that happen in between that keep us laughing for many years to come!