Adrenaline – Keeps You on the Edge!

Adrenaline – Keeps You on the Edge! 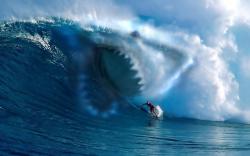 Lately, I have been reading up on the issue of numerous athletes being accused of taking controlled substances, performance-enhancers, you name it, all aimed to do one thing and one thing only – maximize his or her physical performance for a brief period of time.  I can understand (to some degree) why a professional athlete would take such substances – that’s their livelihood, they live to perform and out-perform until the very extreme.

Why some of us, regular folks, end up taking those performance-boosters is beyond me, but again, my number one mission in life is never to judge another person, so I take it that they have their reasons.  But as I pondered this very question, and my brain began functioning again – for the first time since 2003 – I thought about all the numerous natural performance enhancers that our body is able to simply produce on its own, given the right circumstances.

Take adrenaline for a second.  When in danger, our body starts releasing it at an amazing rate, which (as I learned) dilates our air passages, lets more oxygen into the lungs quicker, and therefore, increases physical performance, no matter what the circumstances are.  Oh yes, and you pretty much feel no pain.  You become super-human, for all intents and purposes:  you feel as though time does not exist, you develop a quick case of tunnel vision – seeing only what’s in front of you and nothing else, crazy coordination and reflexes, and you can’t think straight!  Ask anyone that has ever been in a fight, and they will tell you of these and other similar experiences.  But of course, like any other good thing in life, it doesn’t last.

So, the question is – is there a way to somehow control that release of adrenaline, since it is all natural, to enhance your regular exercise routines, run further and faster, lift more, etc?  I believe so, but not for long, and let me tell you why.  The truth is, you can get ‘pumped up” by just getting angry before a run – such as slapping yourself (!) or asking your wife / husband to do that, or even by listening to some upbeat, clear-cut tempo music.  The problem is that after a certain time, the body will realize that you are playing games with it, and will stop the adrenaline production quite abruptly.  At that point, you will actually “crash” and quite to the contrary, will feel tired instead of being energized.

You may remember Vinny Pazienza, a crazy, energetic, over-achieving Italian kid who challenged Roy Jones, Jr. (in his prime) in a boxing match.  Pazienza had no chance against lightning-fast Jones, no hope at all.  And of course, they check boxers for any forbidden substances, so he could not take any performance-enhancers.  So what does Vinny do?  For about 20-30 minutes prior to the fight, he has his trainers and handlers all scream angry obscenities at him, slap him on the cheeks, and yell at him.  And to top it all off, in between all the yelling, he drinks about 20 cups of strong coffee with lots of sugar.  And so, by the time Vinny stepped into the ring, you could see he was bouncing off the walls, ready to fly.

Naturally, Roy Jones, Jr.’s people could see what was going on, and pulled a trick of their own.  Roy took a good 20, if not more, minutes to come out to the ring, making Pazienza wait.  Slowly but surely, all the adrenaline and all the energy began to disappear, leaving Vinny tired and disoriented.  He lost the fight, getting knocked out, and actually in the round before he got knocked out, he was so physically drained, he did not land a single punch on Jones, not one, which is truly unusual in that sport.

So, the truth is – yes, you can trick yourself into being extra-energized, but it will not last.  And as any runner will tell you, our goal is quite the opposite – to last, to go a while, to set new running distances.   In fact, once we reach the “cruising altitude”, usually a couple of miles in, there is no further energy bursts needed – you just relax and enjoy yourself for as long as the road lasts.