A Shot of the Good Stuff

A Shot of the Good Stuff 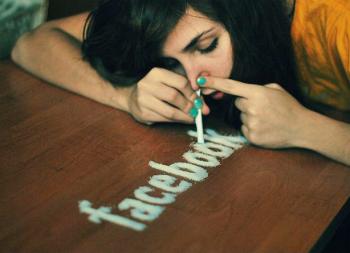 Ask any dedicated runner why they run, and they will most certainly tell you that running improves their health, keeps them in shape and overall just makes them feel better.  And while most of these statements are probably true – at least in their own minds – the real answer is much simpler.  They are addicted.  That’s right, I said it – it is nothing more than the all-conquering addiction that entirely takes control of their lives and eventually becomes an obsession!

And this is not an empty statement from someone who is basically able to write pages upon pages about any topic, without actually having the slightest idea what he is talking about.  No!  This time I have proven scientific facts.  Much like any other addiction, this one is not only psychological, but also quite physical in nature.  We are talking about a physical dependence here – their bodies cannot function without a certain substance, a chemical that keeps them on the hook for years and years, until they are hopelessly in shape, not to mention ecstatic and happy 24 hours a day!

Just about any physical exercise, including weight lifting, boxing, fencing or sex, releases special hormones called endorphins, and their impact on the brain and nervous system is nothing short of amazing!  For one thing, they reduce any feeling of pain, so you no longer truly feel or understand anything.  And of course, they also trigger a positive feeling in your entire body, that feeling of “rush” or “absolute euphoria”.  You want to jump up to the ceiling, you want to run to the next town or simply scream at the top of your lungs.  Just want to go berserk!

Well, since running releases endorphins and since endorphins make a runner more energetic, dynamic and exuberant, runners easily confuse these reactions with a feeling of overall happiness.  They feel excited, talkative, amazingly mentally alert and think they can go for days without eating or sleeping.  But, by the same token, without a dose of endorphins those feelings and reactions quickly disappear and our runners become gloomy, sad, irritated, hungry and just generally angry at life.  They need a shot of that good stuff!  And so runners have no choice but to run again, more and more, needing more miles to release the same amount of endorphins, eventually entirely succumbing to the addiction and realizing that they have become powerless slaves to their physical dependency and there is no way out.

Well, now we know why marathons were invented, but that’s a topic for yet another day.