A Little of That Human Touch

A Little of That Human Touch 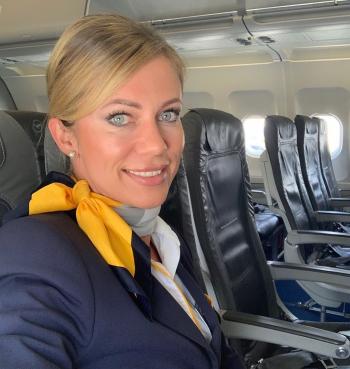 Want to know what a German stewardess, Saddam Hussein and Da Vinci all have in common?  You will soon, but first…

“Nothing is as healing as the human touch.”

These were the last dying words of Bobby Fischer, the greatest chess player the world has ever known and, unfortunately, also one of the most evil people that have ever lived.  No one could ever figure out how this true genius, who in the mid-1970s had the world at his feet with his incomparable skill and charisma, could ever deteriorate into a hate-spewing monster – yes, a true monster who hated the U.S., Jews, himself and everyone else, and who praised the events of September 11, 2001.

To this day, no one truly knows what had happened to Bobby, however, Fischer’s own dying words provide an insight into his troubled life and his decline.  Admired by few and hated by many, in reality the man was absolutely alone in the world, without a soul to talk to, without loving eyes to look into or a hand to touch.

I am not sure if any research has ever been done on this topic, but I’ll bet that most evil people in the world’s history, including Stalin, Hitler, Saddam, bin Laden and that insane Korean guy, have experienced lack of real human contact.  They have all ruled over people from the distance, and were all greatly feared, however, I am certain they never had anyone with whom they could really connect one on one, to experience a hug, a kiss, or even just a touch.

For one thing, being touched and touching someone in response are probably the most basic modes of human communication.  It’s just how we are built, how we relate to one another.  But very few truly know the reason behind that and so I decided to look into it – I am certainly the man for the job!

Turns out, there is a hormone called Oxytocin, which is released into the bloodstream anytime we are touched, and this hormone has numerous important functions – when you were born, it helped expel you from your mother’s womb; also, as a child, you specifically enjoyed your mother’s (and occasionally father’s) loving touch because it released Oxytocin into your body.  Now as adults, we feel the effects of Oxytocin when we enjoy a massage, have a passionate intimate session with our romantic partner, or even when we just have a good meal!

When people lack physical contact, they experience serious physical and psychological effects, irreversibly changing their nature.  Something tells me that Mozart, Da Vinci and Michelangelo didn’t have any problems producing Oxytocin, as they likely had been touched plenty, lovingly and quite often.  And that same something tells me that Hitler and bin Laden had not been, and one can argue that if those monsters had been able to have a personal human connection in their lives, history may have been written differently.

You think it’s all just a theory?  Well, let me share a story: here I was, flying from Italy to Belgium on a German airline (go figure).  A stewardess came over and proceeded to give me some important instructions in what I assumed was German language.  Then one of her sentences seemingly ended in a question and she looked me in the eyes, looking for a response.   I waved my hands, signaling lack of understanding, at which point she leaned over, and gently touched my hand while repeating the question.  I obviously still had no clue what she was saying, but let me tell you – that touch was like a shot of concentrated Oxytocin directly into my brain!  At that point, I was ready to do anything she asked, made no difference!  She could have asked me to change my name to Hans Gruber and jump out of the plane while singing German national anthem and I would have replied: “Ja!!”  We will never know what her question was, but I happily nodded in agreement and she ran away to touch someone else.

Truth is, sometimes it’s not only the touch that does the trick, but even simply being around upbeat people can change our mood to positive, inspire us to accomplish greater things and make us enthusiastic and creative.  There are people in this world – you know who they are – when they are next to you, it’s like sunshine after a storm, everything is just better!  We all have such people in our lives – I know I had – and their mere presence will produce more Oxytocin than a touch ever could.

For all his genius on the chessboard, Bobby Fischer realized this truth entirely too late.